What Does a Female Fighter Pilot Know about Business? 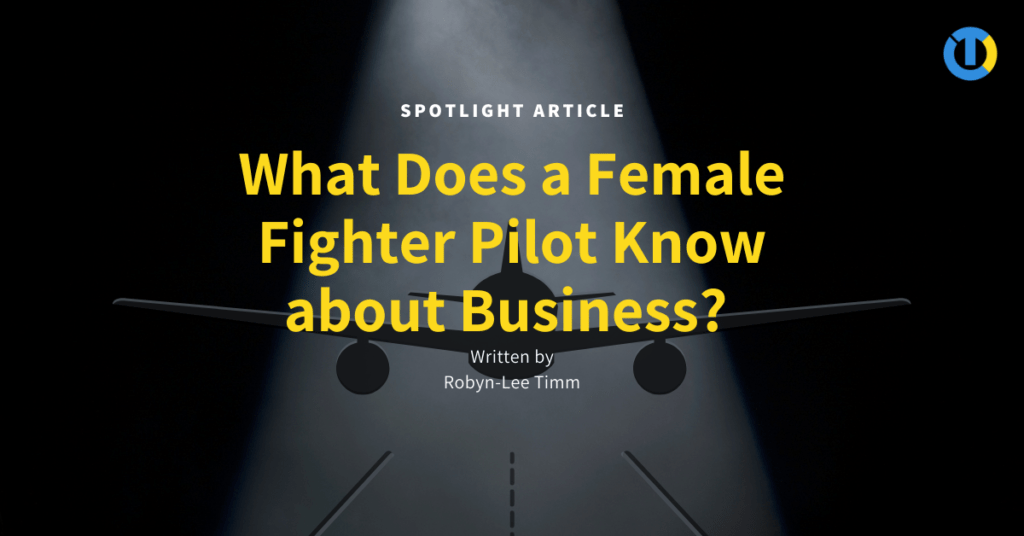 What Does a Female Fighter Pilot Know about Business?

It’s a deep dive into the world of culture and diversity when Stacey Japhta, host of Talking Success interviews Mandy Hickson, Motivational Speaker, author and one of the first female fighter pilots.

A while back I listened to this podcast for a work task. I don’t back off easily when given responsibility, but I was afraid. I mean, Talking Success and all things FinTech which I knew absolutely nothing about, or so I thought. Her field may not be FinTech related but she can definitely talk success and every bit of it is applicable. To my surprise, Mandy and I both have aviation back grounds and even though our expertise were different I was able to relate to this world which as she mentions was created by and for men. I am also a sucker for a good podcast so I kept listening.

Mandy is incredible. She tells only a little of her own story but she share’s invaluable lessons learned along the way. Can you imagine being a part of a system that was indirectly created for you to fail? Then imagine someone seeing your value despite the system and slowly the walls start to break down.

In aviation you are trained extensively, especially on situational awareness. She touches on this and explains the importance of being prepared for any situation or crisis especially as a business or business owner so that when it comes, if it comes, you’re ready. Because in your mind you’ve already dealt with it.

She then shares a nail-biting encounter of when she led her first combat mission and how, as a junior she over-ruled a very experienced navigator. You will have to listen to the full episode to hear how that turned out but the lesson to be learned from it is, and I quote “ It’s about levelling or flattening the hierarchical gradient to some degree but also its’s about changing the culture of when people make mistakes, instead of covering them up because they got away with it, to altering it intrinsically so that people would make mistakes and almost want to share it because they felt so empowered to do so”

Mandy is very obviously familiar with this culture of open communication as her quote spells. She encourages leaders to translate their own experiences into the business world. To see enough value in people in order to include them and challenge any system that’s stuck. She also believes that everyone has a story and not only encourages you to tell it but also shares secrets on how to go about doing so.

So, what does a female fighter pilot know about business? Well, a whole lot more than you could imagine.

The road after that was downhill. I have now listened to all the podcasts on the show. They’re all inspiring, no matter who’s listening.

This website uses cookies to improve your experience while you navigate through the website. Out of these, the cookies that are categorized as necessary are stored on your browser as they are essential for the working of basic functionalities of the website. We also use third-party cookies that help us analyze and understand how you use this website. These cookies will be stored in your browser only with your consent. You also have the option to opt-out of these cookies. But opting out of some of these cookies may affect your browsing experience.
Necessary Always Enabled
Necessary cookies are absolutely essential for the website to function properly. This category only includes cookies that ensures basic functionalities and security features of the website. These cookies do not store any personal information.
Non-necessary
Any cookies that may not be particularly necessary for the website to function and is used specifically to collect user personal data via analytics, ads, other embedded contents are termed as non-necessary cookies. It is mandatory to procure user consent prior to running these cookies on your website.
SAVE & ACCEPT