Understanding Millennials The Kings and Queens of Payments 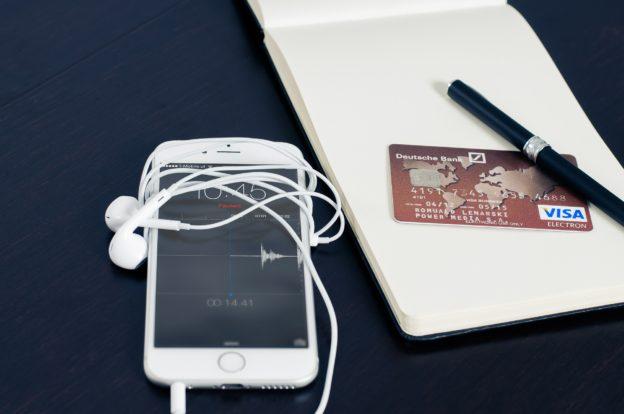 The millennial generation, those born between 1981 and 2000, are the most important market for any company in the payments industry. There are two parts to this story; the payment behaviour and trends amongst millennials, and the demographic forces associated with millennials.

Millennials will Dominate the Economy in the next Decade

First let’s look at the demographics. For years the baby boomer generation dominated the economy, chiefly because it was such a large population cohort. But, in the US as of 2011, millennials overtook the boomer generation in terms of numbers. In America, they now make up 24 percent of the population. In Asia and Africa, millennials now make up over 30 percent of the population in most countries. On both continents, the middle class is growing rapidly, and millennials are the age group most likely have the social mobility to join the middle class.

What all this means is that over the next decade millennials will come to be the dominant cohort within each economy. The trends we are seeing now are likely to accelerate and persist. While those of us over 40 may think that making payments with a wristwatch or eyewear is a gimmick, we should be aware that our opinions will matter less and less in the future.

Now let’s turn to the way millennials make payments. It’s important to realise that someone classified as a millennial could be anywhere between the age of 17 and 37, and their experience of technology and financial services will be quite varied. The oldest amongst them turned 18 just as online banking was emerging, while the youngest turned 18 the same year that Bitcoin went mainstream.

It’s also important to realise that this is not so much about online services, as it is about mobile services. Younger people do everything they possibly can on their phone – smartphones are therefore a central element of the payments industry. In the UK as many as 46 percent of millennials own an iPhone, and in many western countries, as many as 98 percent own a smartphone.

Younger millennials have been interacting with mobile apps from an early age. Apps like Uber, Airbnb and even Tinder offer very focused services. They don’t have a menu offering a confusing array of options,  just a very specific service which can be executed with two or three clicks. When it comes to payment services, young people expect the same thing. They are not interested in building a relationship with a service provider and they are not interested in all the other services they have to offer.

A New Way of Working

Millennials are also less likely to have a job in the traditional sense. It’s been said that in the future people will not have a job and earn a salary, but complete tasks and get paid for each task they complete. This may seem foreign to people over the age of 30, but for younger generations, it’s already quite normal. However, when people give up the security of a regular salary, they demand prompt, efficient payment in return. They will, therefore, gravitate to payment methods that are quick and low cost.

In many cases, young workers must still accept payment by cheque. But, give them another alternative and they’ll quickly take it.

The millennial generation are aware of the growing occurrence of financial fraud and security breaches at large institutions. For many, security is the number one factor when choosing an app or service provider. They will think twice about using a service if they have any doubts about the provider’s approach to security.

While older generations will naturally turn to banks for financial services, millennials are quite happy to do their banking through the likes of Apple and Google, as well as start-ups, provided they believe the service is secure.

Most young people have used apps like Uber that can get a cab to you in less than five minutes. Many have also made use of same day delivery services from e-commerce vendors. They know that with Google Maps they have access to real time traffic reports.

As a result, they have little patience for inefficient banking services. If they must wait five days for a cheque to clear, they’ll look for a faster alternative. If their balances don’t update in real time, they will look for another service provider that can offer up to date information. And, if a FICA or KYC process is drawn out and tedious, they’ll quickly lose interest in opening an account.

The mechanism for making a transaction is less important than the ease of use and security.

Most of the data on the millennials market comes from Western countries. So, how does Africa differ? Africa’s millennials are open-minded when it comes to technology and commerce, but still routed in cultural tradition.

In the more developed economies like South Africa, the emerging trends are very similar to those in Europe and North America. In other countries, the major difference is the number of people who have never had access to traditional banking services. In those countries there’s an even bigger need for new, mobile payment services that aren’t connected to a bank account. So, in many ways, Africa is the ideal market for non-traditional banking services.

Where Africa differs, is with smartphone penetration which is lower. Research firm, Ovum says in 2017 there were 293 million smartphones in Africa in 2017. But, they see that growing at over 50 percent per annum which will take that number to over 900 million by 2021. That means the dynamics in the market in Africa will change significantly in the next five years.

Traditional methods of making financial transactions are by no means dead, even amongst millennials. But this growing generation are eager to try new services, and whenever they get to replace a traditional banking service with something better, they will.

Over the next decade, a new ecosystem of financial services will emerge, and it won’t necessarily belong to the banks. It will belong to whoever can offer the fastest, most efficient and safest means of transacting. It will also be fragmented, with consumers using a different service provider for each service. In other words, the market isn’t restricted to the established players, but to anyone who can build a better application or service.

*Are you looking for FinTech Talent? Learn the secrets of how we’ve helped FinTech’s across EMEA recruit business transforming talent – Book a 30-minute Strategy Session

Join our community of fintech professionals and get the best of TalentintheCloud’s content straight to your inbox.