The African Payments Landscape – are banks too late or do they still have the upper hand? 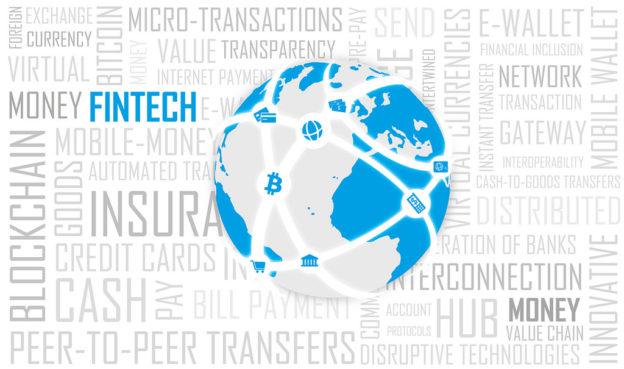 Mobile payment companies have been filling the gap left by banks since long before the term ‘FinTech’ was coined. While other types of Fintechs are now making inroads across Africa, payment solutions dominate.
McKinsey estimated that as of 2016 there were 143 different mobile money services available on the continent. The format these services take depends very much on the country where they operate. The most successful example is Kenya’s M-Pesa, which is used by over 20 million people in the country. M-Pesa has been hailed as a success story which has brought financial services to millions of people for the first time.
However, M-Pesa failed in South Africa, as did MTN’s mobile money offering. This could possibly be attributed to South Africa’s fastest growing bank, Capitec. As banks in Africa go, Capitec is an anomaly , in fact it was named, by banking advisory group Lafferty, as the best bank in the world. The bank has managed to penetrate parts of the market that its four larger rivals had never reached. The bank which only launched in 2009 has 9 million customers, nearly half of which use the bank’s mobile banking service.
If it wasn’t for Capitec the payments space in South Africa might look very different, and services like M-Pesa and MTN Mobile money might dominate.

Niches in the Payment Space

Payment platforms have sprung up in response to the different needs on different parts of the continent. The result is widely differing levels of penetration. East African countries including Kenya, and Tanzania have mobile payment penetration of close to 100%. In contrast, mobile banking platforms in Nigeria and Egypt have only penetrated around 10% of the market.
Nigeria’s economy is still largely cash based. That means for small transactions, cash remains king. However, the opportunity for fintechs exists where people want to send money across the country, or when they want to pay government institutions.
South Africa, with its higher smartphone penetration has seen success for more sophisticated solutions. QR code based Snapscan, Zapper and Masterpass are gaining traction in the country. Contactless, a Near Field Communication based innovation and digital wallets like ApplePay and Paypal have also made some significant inroads in the South African market.

Banks are Late to the Party, but may still have the Upper Hand

As ecommerce and mobile commerce evolve in Africa the requirements are evolving. That means new opportunities are being created, and those opportunities can grow quite rapidly. The advantage for the industry, is that payment companies often get to start with a blank slate. They are creating the environment that banks must operate in, rather than having to compete with banks.
However, that doesn’t mean the banks will lose out. Banks still have a monopoly on the ability to take deposits, and a distinct advantage when it comes to lending.
Fintechs offering payment solutions have a large lead in terms of opening new accounts. But as markets develop, their customers may begin to look for more sophisticated products. Payment platforms will then be forced to partner with banks to offer savings products, lending facilities and other services.
Some of the banks in Africa, notably in South Africa, have launched impressive smartphone apps. But, these apps only work on smartphones, unlike M-Pesa which is compatible with very basic mobile phones. Smartphone penetration, which remains relatively low, will therefore determine how successful these apps are. Smartphones account for between 14% (Nigeria) and 36% (South Africa) of all mobile phones, with growth of only around 3.5% annually.

Of the 301 fintechs in Africa, more than half have launched or been funded since 2015. That means there are a lot of start-ups that are still proving their business model. Blockchain based start-ups are now finding it easier than payment providers to get funded ? that may be an indication that the space is crowded. It may be inevitable that there will be some consolidation and that some players will exit.
At the same time, margins remain high ? so there are still opportunities, especially for fintechs that can compete on price.

The future of the payments industry in Africa may well depend on how successful Bitcoin and other crypto currencies become. If Bitcoin really does become the mainstream payment channel of choice, other apps may be in trouble. At this stage, it’s too early to tell , there are still fewer than 20 million Bitcoin Wallets worldwide.
Some fintech companies are positioning themselves to ride the success of Bitcoin. Kenyan based start-up Bitpesa, a foreign exchange firm enables customers to exchange bitcoins with local currencies. If Bitcoin does indeed go mainstream, this is the type of company that will benefit.

Staffing is a challenge that is often underestimated. The entire African Fintech industry is both competitive and evolving, which means execution is everything. Executing a strategy effectively requires staff who are not only skilled, but able to pick up new skills as they go. Recruitment is therefore becoming an important part of the ecosystem. Currently, Talent in the Cloud is the only recruitment specialist operating in the space.

The aspect of the payment landscape that doesn’t change is that there is no single path to success. It all comes down to understanding a market niche, solving a problem within that niche, and doing so profitably. Fintechs that can do that will enjoy success, while those that merely try to emulate others will find themselves operating in a crowded market.
[grwebform url=”https://app.getresponse.com/view_webform_v2.js?u=hWha3&webforms_id=16898902″ css=”on” center=”off” center_margin=”200″/]

PreviousPrevious post:Will Banks and FinTech companies be competitors or partners?
NextNext post:What your African FinTech needs to know about GDPR
This website uses cookies to improve your experience. We'll assume you're ok with this, but you can opt-out if you wish.AcceptReject Read More
Privacy & Cookies Policy

This website uses cookies to improve your experience while you navigate through the website. Out of these, the cookies that are categorized as necessary are stored on your browser as they are essential for the working of basic functionalities of the website. We also use third-party cookies that help us analyze and understand how you use this website. These cookies will be stored in your browser only with your consent. You also have the option to opt-out of these cookies. But opting out of some of these cookies may affect your browsing experience.
Necessary Always Enabled

Any cookies that may not be particularly necessary for the website to function and is used specifically to collect user personal data via analytics, ads, other embedded contents are termed as non-necessary cookies. It is mandatory to procure user consent prior to running these cookies on your website.