Navigating regulatory controls for your FinTech 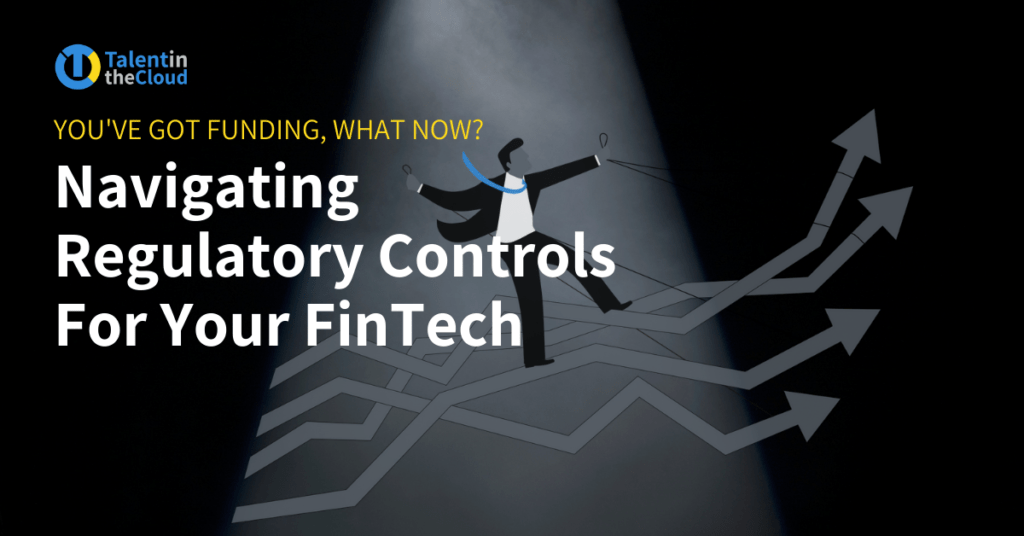 In his State of the Nation Address in February, President Cyril Ramaphosa announced the establishment of a task team dedicated to cutting red tape in South Africa that hampers the growth of industries and businesses. Red tape and government regulations have long been a problem in South Africa, and for a country with a high unemployment rate, this is particularly counter-productive.

However, FinTech companies have encountered red tape and binding legislation across the globe, which has made it particularly difficult for new entrants to the industry to get their start-ups off the ground. These companies already face a myriad of challenges, including the need for high capital investment and highly skilled partners or employees. Red tape and bureaucracy exacerbate these challenges.

While this kind of legislation must be dealt with by governments, it’s important for FinTech start-ups and business owners to know the relevant legislation and how to navigate this for the best chance at launching and maintaining a successful FinTech company.

While there may not be a single FinTech regulatory body in many countries, the industry operates in both the financial and technology sectors and are thus compelled to abide by the relevant rules and regulations that govern both these sectors. These regulations can be extensive and are often not well adapted to the FinTech industry, which is an emerging sector.

As FinTech companies also have to operate in conjunction with financial institutions, such as banks, the regulations governing these institutions must also be applied to FinTech companies. According to Jonathan Duarte, CEO of Escala Educación, it can take years for FinTech start-ups to negotiate with these institutions. As FinTech start-ups are usually capital-intensive, such long delays could lead to the start-up failing due to a lack of funds or never even getting off the ground.

In terms of launching FinTech start-ups in Africa, or other developing nations, Chris Sheehan, co-founder and CEO of WorldCover, names “conservative bias of regulators” as one of the barriers to entry. This bias is often the result of distrust in technology, and while more prominent in developing countries, Sheehan says that it is also a problem in some developed nations. In South Africa, for example, start-ups need to get approval from various departments, which often operate in silos. This leads to what Sheehan calls a “circular” challenge, in that start-ups can’t get approval for Phase 1, for example, without getting approval for Phase 2, which cannot be approved without Phase 1 approval.

“[…] the company goes in and says that it wants to try to test a new product or system, but they are not allowed to do so because they don’t have approval, but they can’t get approval without market evidence, which they can’t get without testing,” Sheehan explains in his conversation with Adva Saldinger of BFA Global.

This makes it very difficult for start-ups to launch successfully and is demotivating to aspiring entrepreneurs in the FinTech space.

Bright Tibane et al. writes in the SA Financial Markets Journal that there is no single regulatory body that oversees FinTech companies in South Africa, but that FinTech start-ups and businesses may be regulated by many authorities, including the Financial Sector Conduct Authority (FSCA), the Prudential Authority (PA), the National Credit Regulator (NCR), the South African Reserve Bank (SARB) and the Financial Intelligence Centre. Each of these bodies may be responsible for oversight of the various services offered by the FinTech start-up. The challenge for South African FinTech start-ups is first identifying these authorities and then familiarising themselves with the regulations involved with conducting business under these authorities.

Moreover, FinTech companies operating in South Africa are likely to have to apply for relevant licences under the Financial Advisory and Intermediary Services Act of 2002, as well as the Financial Markets Act of 2012 and National Credit Act of 2005. As some FinTech businesses may offer similar services to those of banks, the Banks Act of 1990 and National Payment System Act of 1998 may also apply to their operations.

Red tape and legislation have been designed to protect consumers and businesses from unfair practices, and while they are essential to the efficient functioning of any business sector, there is no doubt that they hamper progress in terms of launching FinTech start-ups. In this regard, it has been proposed by some in the industry in South Africa that government implement a start-up act in law, to remove some of the bureaucracy involved in the establishment of start-ups.

However, the passing of any laws in any democratic country can take years. Until such time then, it is essential that FinTech businesses familiarise themselves with relevant legislation. Unfortunately, this legislation can be difficult to navigate due to the various bodies and authorities that control and oversee its implementation.

If you’re experiencing challenges in regulatory and/or compliance, TalentintheCloud can help you find the right people to navigate this complex issue. We have a strong network of talented regulatory people covering Africa, Europe and the Middle East. Book a call with us!

Join our community of fintech professionals and get the best of TalentintheCloud’s content straight to your inbox.